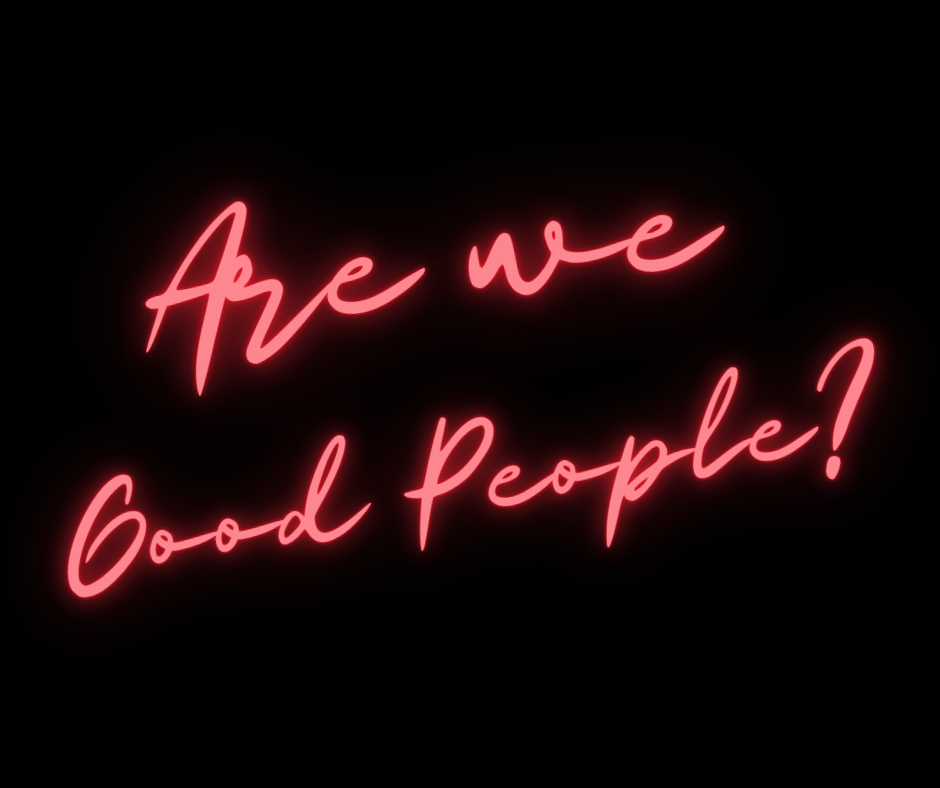 Are We Good People?

A person is born pure of heart. From the age of understanding he or she begins to gain impressions of the world and his or her surroundings. “All men”, according to Mencius, “have a mind which cannot bear to see the suffering of others.” For example, if you suddenly see a child about to fall into a well, your first reaction is to save him. You don’t do this for the sake of befriending the child’s parent or to gain praise from the public; you do it out of your original good nature.” According to Lau: “Because we are caught off our guard, the case is therefore a true manifestation of our original human nature.”

We are all a product of our surroundings. As I was growing up I was surrounded by positive encouragement, love, and the golden rule. Negative and “adult” things were kept away from me when I was young. I secretly took in the occasional “R” rated movie from time to time; but I did this with the firm understanding that this material was not intended for me, nor was it real or acceptable to act this way. I feel, that because of this, I grew to be able to love others and put them before myself.

“If you let people follow their feelings (original feelings), they will be able to do good.” A Source Book in Chinese Philosophy, Wing-Tsit Chan.

It is my strong belief that I would not be the same person if I had been provided with a different set of circumstances. If my parents/grandparents had not shown me love and selflessness, if I had been permitted to do and say as I had pleased, If I had not been kept from negative influences, and if I had not been taught to cope properly with disappointment I would not be the person I am today.

If you were to take the meanest of people, or the most hardened of criminals, revert them back to being a child, and have my grandparents raise them that persons outcome would be completely different (providing absence of mental illness).

There are many philosophies about the good of man. I prefer to believe what I have written. So why does it seem that so many of us are filled with hatred for other people? Social media sites are a breeding ground for hateful comments towards our own brothers and sisters. Mobile Apps like “Secret” are filled with hurtful things about others in the community. On occasion I am happy to see someone post something positive however it is often met with negativity in response. This seems to be noticeably prevalent in the gay community. The question is why?

Being gay is hard. Many gay men were mistreated early in life whether it be in school, at home or both. For many people, all they wanted to do was be accepted.

Now, as adults and with social media and Apps we have the opportunity to begin finding other gay people and hanging out in gay friendly places. Finally, there are people that can accept us for who we are yet many people in the gay community feel even more alone. In this community it’s easy for a guy to feel less than adequate if  he doesn’t go to the gym or have a perfect body. If you’re over 40 you may as well be dead. Even your friends make you paranoid. Is he the one that made that post about you on “Secret”?

Still the question is why? If people are generally good, why say such hurtful things to and about other people? Maybe because we are insecure. Maybe we are trying to impress others. Maybe we are lonely and looking for attention. I don’t have a real answer. I just wanted to spark some thought.

In conclusion: Knock it the hell off. Open up to one another. Be kind and generous. Reduce your cynicism and speak genuinely. Reserve your judgement. Your peers will not think of you any less for it. I am guilty too.